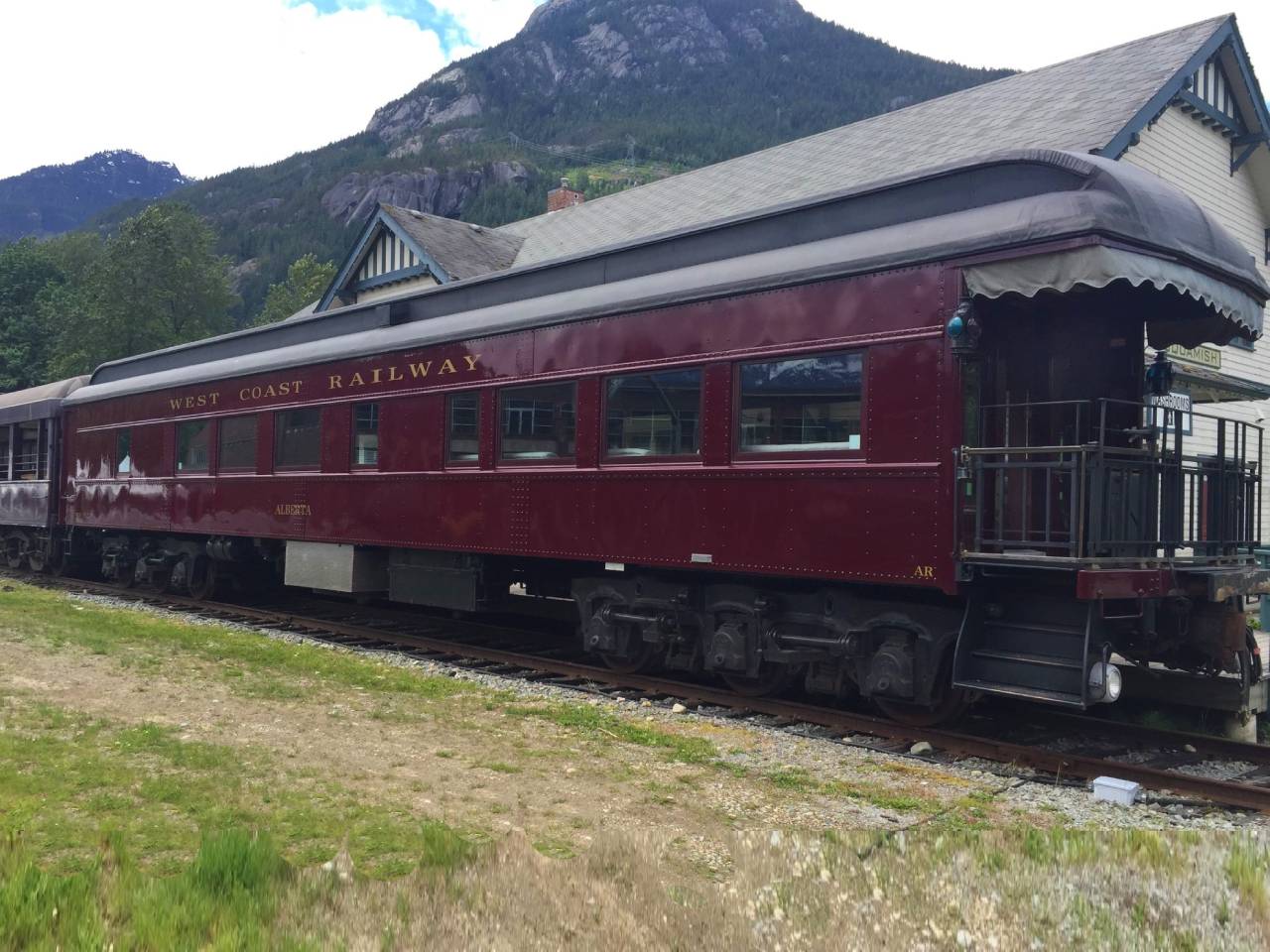 The CPR No. 8 Alberta Business Car, or ‘Alberta’, was constructed in 1929 as a Business Car for the use of travelling railway executives and their staff, serving as an office, home and entertainment centre. National Steel car built the car body of ‘Alberta’ and CPR completed the interior finishing at Angus Shops in Montreal. The ‘Alberta’ is a group of 10 cars built for divisional superintendents, each named after Canadian provinces.

When built in July of 1929, the ‘Alberta’ had many smaller rooms to accommodate the various needs of the executives. Similar to the ‘British Columbia’, this car has a varnished mahogany interior and many brass fittings. After retirement in 1970, modifications were done to make the car suitable for use as a restaurant. Bedroom partition walls were removed and the galley enlarged. In this current configuration, the car has a lounge with an open observation platform, a large dining area and galley. Fortunately the general ambience of the car’s interior has been preserved.

This may be a good place to introduce yourself and your site or include some credits.